Billboards with the original Census Campaign slogan ‘If you’re not religious for God’s sake say so’ appeared on billboards in London. The text read:

The Census asks you a leading question: What is your religion?  The results from the last Census were used to justify: increasing the number of ‘faith’ schools, keeping unelected Bishops in the Lords, and spending tax-payers’ money on religious organisations.  If you’re not religious, for God’s sake says so.  In the 2011 Census tick ‘No Religion’. 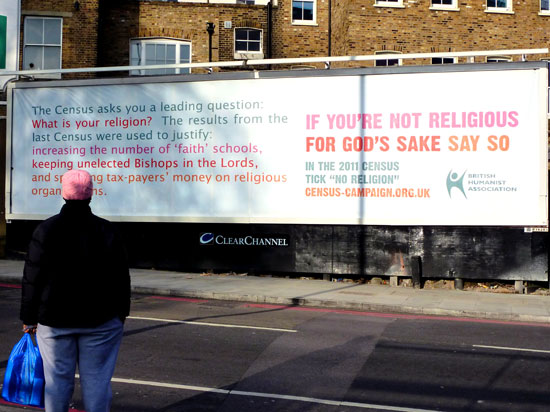 A pedestrian thinks about the Census Campaign message. 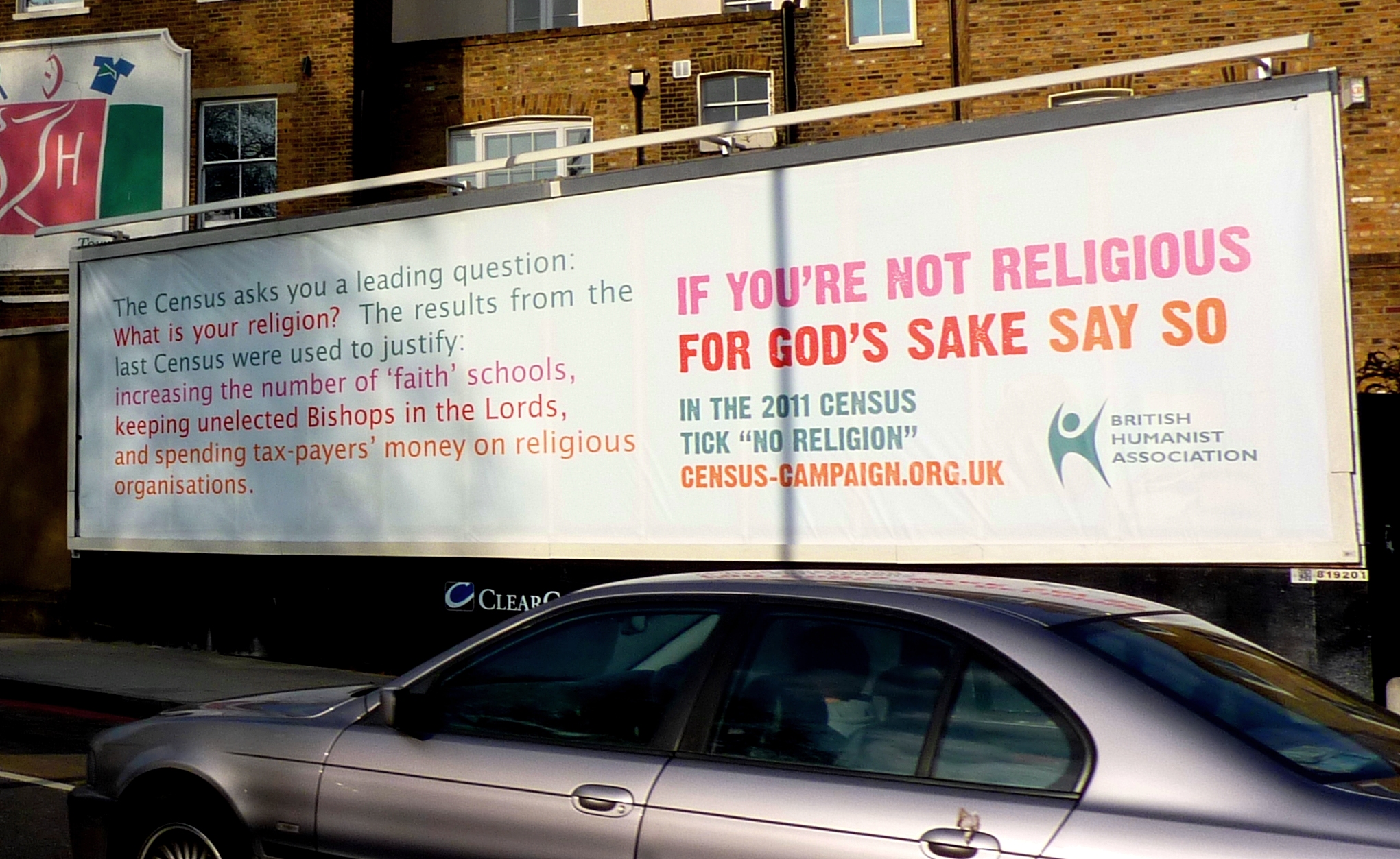 The billboards were in areas with road traffic and pedestrian footfall.

The London billboards were booked prior to a different media agency obtaining advice from the Committee of Advertising Practice which resulted in using an alternate slogan on buses and poster ads declined entirely by railway companies even with an alternate slogan.

High res press images may be downloaded and used freely: