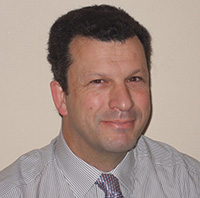 John Lee was born in 1961 and trained in medicine and science at University College London before specialising in cellular pathology.  He gained a PhD in pathophysiology and is a Fellow of Royal College of Pathologists and of the Institute of Biology.

His research interests have included the pathophysiology of cardiac and skeletal muscle, drugs which increase the strength of the heart, and various topics in the study of human disease, including cancer.

He wrote a monthly column for The Lancet Oncology for 5 years. Among many other roles, he has served as Director of Publications for the Royal College of Pathologists, a member of Council of the Physiological Society, Chairman of the Editorial Board of Biologist, and on the Editorial Board of Physiology News. He is currently Director of Cancer Services at Rotherham General Hospital.

John is an experienced teacher, and has always taken a broad approach to the study of biology, including human biology. His first published article in 1979 in New Scientist (79, 675 – 678) was on the topic of ‘Science and the Future’, and still reads pretty well!

He participated in The Autopsy, screened by Channel 4 in November 2002, and in the subsequent Channel 4 series Anatomy for Beginners (2005) and Autopsy: life and death (2006).

“I believe strongly in the wide dissemination of scientific knowledge and its civilising effects.

I strongly support the work of Humanists UK in striving for equality of treatment for that large number of people who believe the one can lead a civilised and fulfilling life without recourse to a deity or other supernatural forces”.

You are here: About us > Our people > Patrons > Professor John A Lee