Professor of Psychology, editor of The Skeptic, and Patron of Humanists UK

For me personally, application of critical thought to religious claims has led to one major conclusion: there’s probably no god. That does not mean that there is no morality… Humanist values just feel right, and the humanist approach to life, embracing a naturalistic view of the world as well as individual rights and responsibilities, just sounds like common sense to me. 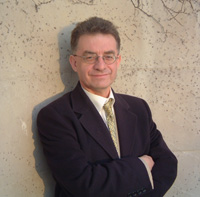 Chris French is a Professor of Psychology and Head of the Anomalistic Psychology Research Unit in the Psychology Department at Goldsmiths, University of London.  Between 1997 and 2000, he served as Head of Department. His main current area of research is the psychology of paranormal beliefs and anomalous experiences, and he teaches a course in Anomalistic Psychology as part of the BSc (Hons) Psychology programme at Goldsmiths. Anomalistic psychology may be defined as the study of extraordinary phenomena of behaviour and experience, including (but not restricted to) those which are often labelled “paranormal”. It is directed towards understanding the bizarre experiences that many people have without assuming a priori that there is anything paranormal involved.

Professor French is a Chartered Psychologist and also a Fellow of the following institutions: British Psychological Society; the Royal Society for the Encouragement of Arts, Manufacturers & Commerce; the Institute for Cultural Research; and the Committee for Skeptical Inquiry. He is also a member of the Scientific Advisory Board of the British False Memory Society and Director of the Centre for Inquiry UK, a section of Humanists UK. He has published over 100 articles and chapters covering a wide range of topics within psychology, including publications in the Journal of Abnormal Psychology, the Lancet, Emotion,the Quarterly Journal of Experimental Psychology, Cortex and the British Journal of Psychology.

In addition to academic activities such as conference presentations and talks in other departments, he frequently appears on radio and television casting a sceptical eye over paranormal claims. He is a columnist for  The Skeptic magazine (UK version) and served as editor for over a decade. He also writes for the Guardian’s online science pages. Humanists would find much of interest in his recent publication, with W M, Grossman, Why Statues Weep: The Best of The Skeptic (The Philosophy Press). Buy it at Amazon.co.uk through this link and a small commission will go to Humanists UK.

In recent years, scepticism has become more popular in the UK than ever before. The Skeptic magazine, which I have edited since 2001, has promoted science and reason for well over 20 years but the remit of the magazine has now expanded beyond its traditional focus of questioning paranormal claims to also include other important issues such as the critical assessment of scientific controversies generally, pseudoscience, superstitions, conspiracy theories and, of course, religion. For me personally, application of critical thought to religious claims has led to one major conclusion: there’s probably no god. That does not mean that there is no morality. I confess that I cannot justify my beliefs about what is right and what is wrong on the basis of scientific reasoning but I find the notion that we should follow a particular set of rules just because some people claim that certain books are the direct product of divine intervention quite absurd. Humanist values just feel right and the humanist approach to life, embracing a naturalistic view of the world as well as individual rights and responsibilities, just sounds like common sense to me.

And wrote in The Guardian in March 2009:

This sense of an active sceptical community is building. We all read about the unexpected success of the atheist bus campaign. With it came a sense of belonging, a sense that at last atheists and agnostics had a voice.

Are we on the verge of a new age of enlightenment? Or is the rise in scepticism just another Hush Puppies fad that will have its moment and pass? Human beings are in many ways inherently irrational and almost certainly always will be. But we can only hope that the sceptical message continues to spread more widely and grow in influence for at least some time yet. Rationality is not our natural mode of thought. We are ruled by our emotions and by self-serving cognitive biases. But it is not overstating the case to say that our very survival may depend upon our ability to rise above that and to think differently – to address the difficult problems that we face as rationally as we possibly can.

And watch Chris French on “Meaning and Randomness: On Seeing Things That Are Not There” at Humanists UK annual conference 2011

You are here: About us > Our people > Patrons > Professor Chris French