“Comedian, Writer, Musician and Philanthropist” and Patron of Humanists UK 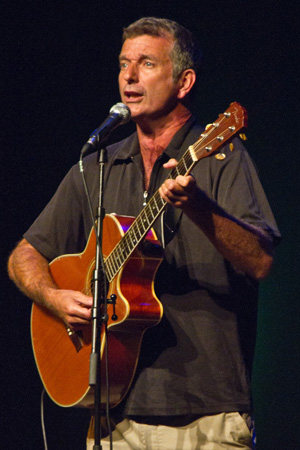 Born in 1960, comedian Tony Hawks was educated at Brighton Hove and Sussex Grammar and Brighton College   He performs stand-up comedy, as well as being a regular on TV and radio shows and panel games, including I’m Sorry I Haven’t a Clue, Just a Minute, The Unbelievable Truth and Have I Got News for You, and recently presented his own series on Radio 4, Tony Hawks’ Lost Weekends. He is also one of TV’s Grumpy Old Men and a bestselling author.

His books include Round Ireland with a Fridge, an account of hitchhiking around Ireland with a fridge to win a bet. His second book, Playing the Moldovans at Tennis, was another result of a bet, and was about his attempt to beat each member of the Moldova national football team in a game of tennis. Both these books have been made into films. One Hit Wonderland, his third book, describes his attempt to write a second hit song, and A Piano in the Pyrenees: The Ups and Downs of an Englishman in the French Mountains is an account of buying a house in the French Pyrenees.

He donates half of the royalties from his book Playing the Moldovans at Tennis to a trust fund for Moldova, used to open the Hippocrates Centre, a medical centre that provides rehabilitative therapy for disabled children from socially vulnerable families. Hawks continues to support the Centre through fundraising and personal involvement. He describes how it began:

“Picture the scene. I’m in Chisinau, the capital of Moldova, half way through my bizarre quest to try and beat the entire Moldovan national football team at tennis. Every day I witness another example of the poverty and hardship that so many Moldovans have to undergo.

It’s a country with huge economic difficulties, and one that the rest of the world seemed to have forgotten about. In its rush to reject communism and embrace the free market, huge swathes of the population have been forgotten about, and the safety net of any kind of social welfare seems to has more or less vanished. People on the streets are looking gloomy and downhearted, and the feeling was starting to rub of on me.

That was – until I decided to do something about it. I knew that I was going to return to Britain and write a book about my experiences and it seemed wrong to me that I should profit form this without giving anything back. One night, as I lay in bed, contemplating the plight of so many of the people, I decided that I would donate half the royalties from the book to a trust fund for Moldova. Thankfully the book sold well enough for us to be able to do something constructive with the money.

In August 2000 we opened The Hippocrates Children’s Centre, run by Diana Covalciuc, the doctor with whom I’d lodged during my Moldovan sojourn. By channelling the money through the charity Aid to Russia and the Republics (Now called Child Aid, www.childaidrr.org.uk) who were experienced in aid in this part of the world, we were able to ensure that every penny went to the centre…”

He has spoken about the need for philanthropy – see his Ted talk on Making Billionaires History.

You are here: About us > Our people > Patrons > Tony Hawks