Green party member of the London Assembly, author, and Patron of Humanists UK

I believe it is up to us – and us alone – to look after our wonderful planet and all its people. 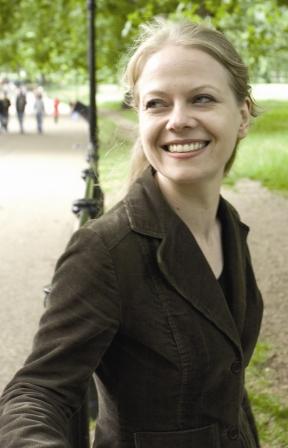 Siân Berry is a green campaigner, politician and author. Since joining the Green Party in 2001, she has been a candidate in numerous council and parliamentary elections, and was the Green candidate for London Mayor in 2008 and 2016. In 2016 she was elected as a member of the London Assembly.

She was the national Campaigns Co-ordinator in 2006 and Female Principal Speaker from 2006-7, the closest thing to a Green Party Leader until a change to their constitution in 2009. Recently she has focused on website development, on-line campaigning and fundraising, and produced Caroline Lucas MP’s campaign site for Brighton Pavilion in the 2010 general election.

As a campaigner, Siân keeps busy working on a range of green and social issues, setting up the Alliance Against Urban 4x4s in 2004 and Reheat Britain, which successfully brought in a boiler scrappage scheme last year. A supporter of the Atheist Bus campaign, Siân also focuses on social justice issues, and is a patron of the Fair Pay Network.

Siân has written a number of illustrated books on green issues and home improvement, including 50 ways to make your house and garden greener and Mend it!. Her next book will show how to make attractive household items from random articles of junk. She also contributed a chapter on having a greener festive season to The Atheist’s Guide to Christmas.

Buy her books via this Amazon link and a small commission will go to Humanists UK.

You are here: About us > Our people > Patrons > Siân Berry AM