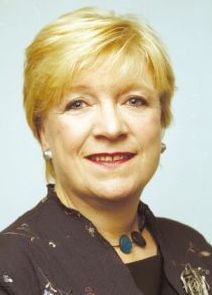 After leaving full-time education Polly Toynbee worked first for the Observer and then for many years at theGuardian before joining the BBC where she was Social Affairs Editor from 1988 to 1995. She then joined the Independent before re-joining the Guardian where she has been since 1998, writing a frequently controversial column. She generally supports New Labour and often writes and speaks on the issues that concern humanists: the rise of religious fundamentalism; faith schools; equality; secularism. In July 2001 she was one of the signatories to a letter published in the Independent which urged the Government to reconsider its support for the expansion of maintained religious schools; she was one of the signatories to a letter supporting a holiday on Charles’ Darwin’s birthday, published in the Times on February 12, 2003, and also sent to the Prime Minister and the Home Secretary.

She has written a number of social commentary books including, in 2003, Hard Work: Life in Low-Pay Britain about an experimental period voluntarily living on the minimum wage. If you buy her books at Amazon.co.uk through this link a small commission will go to Humanists UK. She is President of the Social Policy Association and won the Political Journalist of the Year Award in 2003.

When asked to comment on her identification as a humanist in 2014, Polly had this to say:

Everyone is born with an inbuilt moral purpose. It springs from mankind’s evolution as a social being, acting collaboratively, with altruism and good of the community hard-wired. It needs no orders from elsewhere to tell people to be good – they know it already as a part of the human condition. Conflicting selfish impulses tug in the other direction, a life-long tussle that the religious would call ‘God and Satan’. But placing moral laws and rules in the hands of a book written by some external creator, judge, father, law-maker, infantilises us and makes us less responsible for creating a society around us that benefits everyone. Goodness is a social value, the effect you have on all around you and the wider society, not a secret or personal matter for the sinner to be privately weighed on the scales by a god after death. Humanism is not a mere absence of religion but a positive value that puts people and their societies at the heart of life.

You are here: About us > Our people > Patrons > Polly Toynbee