I believe this is the only life we have. And we are obliged, therefore, to ourselves and for those around us, to live it as well as we can. 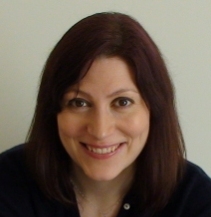 Stand-up comedian Natalie Haynes was born in1974 and began performing as a member of Footlights at Cambridge University, where she read Classics. She has had five Edinburgh Fringe sell-out runs and national tours, has played virtually every comedy festival in the UK, and has also toured internationally.

Her many radio appearances include “Woman’s Hour”, “A Good Read”, and “What’s The Point Of…?”, and she has been a panellist on “Banter”, “Quote Unquote”, “Personality Test”, “We’ve Been Here Before”, and Armando Iannucci’s “Charm Offensive”, all on Radio 4. She also reviews the arts for “Front Row” and “Saturday Review”. Television includes regular appearances on “Newsnight Review”, More4’s “The Last Word” and BBC 4’s “The Book Quiz”.

Her children’s novel The Great Escape won a PETA Proggy award for Best Animal-Friendly Children’s Book in 2008. Her long-standing interest in the classics is reflected in her latest book, The Ancient Guide to Modern Life, which is about how the modern world is more interesting when it’s refracted through the prism of the ancient one, and will be published in November 2010, and you can pre-order it from Amazon. She has been a guest contributor for The Times since October 2006, and has also written for the Sunday Times Magazine, the Sunday Telegraph, Big Issue, and Loaded.

She is probably best known to humanists as a regular contributor to New Humanist magazine, as one of the writers in An Atheist’s Guide To Christmas, and as a performer in “Nine Lessons and Carols for Godless People”.

You are here: About us > Our people > Patrons > Natalie Haynes