Journalist and Patron of Humanists UK 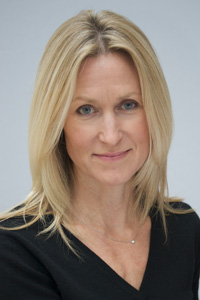 Fiona Millar is a journalist specialising in education and parenting issues. She started her career on the Mirror Group’s graduate training scheme then worked on the Daily Mirror and the Daily Express, as a news reporter, lobby correspondent and freelance feature writer. She co-authored a book of interviews with prominent women, “By Faith and Daring” with Glenys Kinnock in 1993.Between 1997 and 2003 she worked at Downing Street as a special adviser to the Prime Minister. Between 2003 and 2010 she was chair of the Family and Parenting Institute.

She is a regular contributor to the Guardian Education pages and regularly takes part in television and radio debates about education. In 2004 she wrote and presented a film “The Best for My Child” about parental choice for Channel Four in 2004. She has also presented several programmes for Teachers TV about parents and schools and in 2009 she co-presented a film for BBC Northern Ireland about the abolition of the secondary transfer test.

In 2006 she co-authored a pamphlet “A Comprehensive Future”with Melissa Benn for the pressure group Compass. In 2009 she published “The Secret World of the Working Mother”, which explored the challenges facing working mothers. She has just published “A New Conversation with Parents” – a report looking into what parents want from schools – with the charity Family Lives and the Pearson Centre for Policy and Learning.

Fiona is a co-founder of the Local Schools Network website, Chair of Comprehensive Future and chair of governors at a North London secondary school. She lives with her partner Alastair Campbell in London, has three children and has been actively involved in her local state schools since 1992.

You are here: About us > Our people > Patrons > Fiona Millar