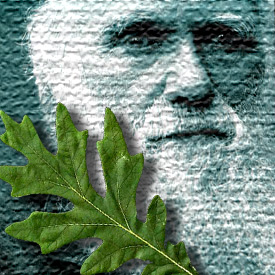 We have run a campaign to have Darwin Day recognised as a public holiday.

Charles Darwin was not only a great scientific thinker.  He was fascinated by the relationship between human beings and other animals.  He foresaw the false ideological evils for which natural selection might be used in justification and warned against such misunderstanding.  He was also sensitive to the private and social upheaval that the theory of evolution would cause: revealing that human beings all belong to one common family and relating us to all other living things came at the cost of displacing humanity from the central, divine position we had previously occupied.  Despite his personal caution, Darwinism radically re-shaped our intuitions about all living things, and today humanists all over the world can celebrate a defining moment in the naturalisation of our understanding of the world.

You are here: Education > Darwin Day