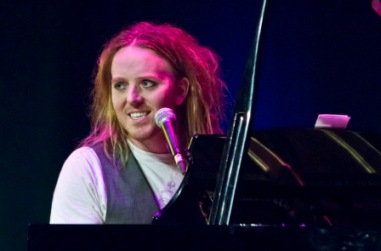 Born in the UK in 1975 and brought up in Australia, Tim Minchin completed a BA in English and Theatre at the University of Western Australia in 1995, and then an Advanced Diploma in Contemporary Music at the Conservatorium in 1998. In 2002, he moved to Melbourne, where he began to develop the solo comedy shows which have gained him public and critical acclaim and many awards, including the Perrier Award for Best Newcomer at the Edinburgh Festival Fringe in 2005.

His songs span topics such as environmentalism, rationalism, and prejudice, and as well as performing at many festivals and on television and radio, he has appeared at the Royal Albert Hall, London, for Amnesty International’s “The Secret Policeman’s Ball”  and New Humanist’s “Nine Lessons and Carols for Godless People”.

When not on tour, Tim lives in London with his wife and two young children. He is an Ambassador for The Prince’s Foundation for Children and the Arts.

Watch Tim Minchin on YouTube
On religion
On Americans and evolution
On alternative views on “knowledge”, “science” and “natural medicine” in his brilliant beat poem “Storm”
His lovely Christmas song “White Wine in the Sun” and a feature about the controversy it caused when he donated it to a Salvation Army album.

See also
http://www.timminchin.com/
His Wikipedia profile
An October 2014 interview in The Independent

You are here: About us > Our people > Patrons > Tim Minchin