Newsflash: We’re all going to die. It’s inevitable. Life, sadly, is a terminal condition, and death is one of its few certainties. But the reality is that talking about our funeral wishes now will make it easier for our loved ones to plan our funeral when the time comes. Funeral celebrant, Adele Chaplin tells us why she thinks it’s important that we each discuss our funeral wishes with those closest to us.

So, why are we afraid of talking about dying?

For most of us, our death is the natural end to our life. We know it will come eventually, so why not deal with it?

Every day, people all over the world receive a terminal diagnosis to an illness. And every day, those people suddenly find that people will talk to them about anything else in the world other than their death. The football, the weather, what they had for dinner a week ago – it’s all fair game for a conversation, so long as you’re not asking them to confront the reality of death.

Talking about death makes it easier

But the reality is that talking about death will make it easier. When we are dealing with an ingrained psychological response, which a fear of death most definitely is – after all, we are all genetically programmed to stay alive – it is hard to imagine, but there are a multitude of studies out there which all say the same thing. Talking about your death, your dying, your funeral, and end of life wishes will all help to make things easier, both for you in the moment, and for those who are left behind.

As a funeral celebrant, when I go to visit a family to plan for a funeral ceremony, I know that generally, the meeting is going to have one of three outcomes. The first is that the family won’t know anything about the wishes of the deceased and will be operating on a ‘best guess’ scenario. In the second case, the family will have an idea of the broad generalities of the ceremony. For example, they may know if the person wanted a religious service or not, or perhaps they might know of a particular tune they wanted to be played. But still, in this case, much  of it is educated guesswork. And then there are the ceremonies for those who were prepared. I know those ceremonies the minute I sit on the sofa, because the family will always, rather proudly, say to me, ‘Now, Harry wrote down everything he wanted.’ And when I hear those words, I always do an inward happy dance, because I know that ceremony is going to be great.

All my ceremonies have meaning; I try and make sure every family that I meet has the very best ceremony I can provide for them. But those ceremonies where the deceased has had a hand in the planning, either because they have done some pre-need planning with me beforehand, or because they had written down their wishes, are always amazing, affirming, and heart-warming occasions. People will leave the ceremony and tell me it was ‘perfect’, ‘Just what Harry would have wanted’ and other such compliments. And while it’s lovely to hear that the ceremony has been so right, it’s mostly because the deceased really wrote the ceremony – I was just the person tasked with bringing it to life.

Talk about your wishes for your funeral

So, talk about death and your wishes for your funeral. Even if it’s just hearing a song on the radio and telling someone, ‘You know, I’d like that played at my funeral.’ Write down the details, keep an ‘in the event of my death’ envelope with your will. But most of all – even though people might object –  talk about it. Make the discussion of death the norm, because the sooner we can get past this archaic taboo, the better and happier our lives will be.

To quote the death café founder, Jon Underwood, we need ‘to increase awareness of death, with a view to helping people make the most of their (finite) lives.’

Adele Chaplin lives in Ipswich, Suffolk. Adele will work with you to craft a bespoke, personal service which fits your needs. Whether you are planning a cremation, burial, green burial, memorial service, or are looking to pre-plan your own funeral service, Adele will work closely with you to build a ceremony which is both unique and memorable for you.

What is a humanist funeral ceremony?

A humanist funeral is a non-religious ceremony that focuses on the person who has died, the life they led, and the relationships they forged.

The ceremony is conducted by a humanist celebrant. It is both a celebration of a life and a dignified, personal farewell.

If you would like to discuss funeral plans with one of our celebrants, our online map makes it easy for you to find a celebrant near you.

An increasing number of people want to talk to a celebrant to help them to plan their own funeral. Many of our celebrants can assist with this and will talk you through what options are available.

Our pre-planned funeral service puts you in touch with a funeral celebrant who can help you plan your funeral. The pre-planned service allows you to discuss your funeral wishes with a celebrant in advance, and know that these have been recorded and safely stored until needed.

A funeral celebrant will talk to you about the type of funeral or memorial ceremony you would like to have, who you would like to be involved, what music should be played, which poems or text should be included, and whether you would like anyone to contribute a tribute or a reading. They can advise on many practical matters, and suggest ways in which to make the ceremony unique and meaningful.

Find a celebrant near you

If you would like to discuss a pre-planned funeral ceremony, you can find an accredited celebrant via our new online map.

What is a humanist funeral?

What makes a good funeral?

Planning a funeral during lockdown

Poems of love for a humanist funeral

Uplifting and humorous poems for a humanist funeral 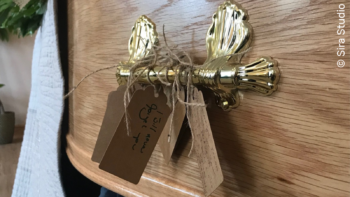 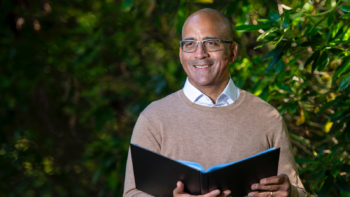