Back to: State-funded faith schools

Humanists UK has long been involved in campaigning for an end to the laws that allow schools with a religious character to discriminate in their admissions and employment policies and to teach a biased RE curriculum. In 2008 we became one of the founder members of the Accord Coalition – a wide coalition of organisations working for reform of state funded schools to make them more inclusive in matters of religion or belief. Accord brings together religious and non-religious supporters of change as well as teaching unions, human rights organisations and high profile individuals.

The aims of Accord set out concisely what the Coalition hopes to achieve. 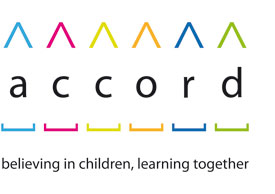 Members and supporters of Accord include leading teachers’ union the National Education Union, Christian think tank Ekklesia, the race equality think tank the Runnymede Trust, and the General Assembly of Unitarian and Free Christian Churches, as well as individuals with a wide range of religious and non-religious beliefs. The Chair of Accord is Simon Barrow, while its President is Rabbi Dr Jonathan Romain. We are represented on the Accord steering group by our Education Campaigns Manager.

You can sign up for free to support to receive occasional messages about their campaigns and information on how you can help. Please sign up if you want inclusive schools instead of religious divisions.

Accord has published a databank of evidence from independent sources, which shows in detail why they (and we!) are so worried about the impact faith schools are having on Britain.

Drawing on research from leading academics, think-tanks and the government, the document is a great help to campaigners, journalists and anyone else who wants to know the truth behind the headlines.

Accord also publishes personal testimonies and media reports of discriminatory and exclusive practices by faith schools.

You are here: Our campaigns > Schools and education > State-funded faith schools > Accord Coalition