I am proud to be a humanist…We are a growing number, and a more vocal group. We have a valid and important contribution to make to society. We should be consulted, locally and nationally, on issues which affect society… 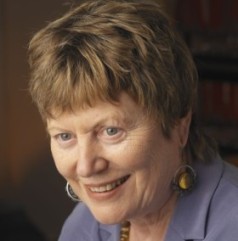 Baroness Massey is a health education specialist on a range of issues including drug and alcohol misuse, HIV/AIDS and sexual health, in national and international contexts. She is the former Director of the UK Family Planning Association, has published a range of books and training resources on health and sex education, and is a qualified teacher.

She has been a Labour peer since 1999 and is a member of the Advisory Council for Alcohol and Drug Education and the Trust for the Study of Adolescence. She has campaigned for statutory PSHE and sex and relationships education, and has also spoken in favour of the phasing out of religious schools and the abolition of compulsory worship in schools, for example in the debates on the Education and Inspections Bill, October 2006. In speaking to the amendment to repeal compulsory Christian worship in state schools Baroness Massey said:

We live in an increasingly diverse society, with increasingly diverse schools and in a context where most young people—65 per cent, according to a DfES assessment—have non-religious beliefs. They all deserve assemblies that recognise the ways in which they make meaning and purpose in their lives and the values that they are developing. Positive ethos and spirituality are not the province of religion alone. Religion does not have exclusive rights to the grammar—to use the words of the right reverend Prelate—of values.The amendment would straightforwardly replace the requirement to conduct collective worship with a requirement to hold assemblies that will further pupils’, ‘spiritual, moral, social and cultural education’.Teachers, including non-religious teachers, can and do use assemblies to demonstrate that moral and spiritual values can be framed on shared values found in different religions and beliefs, building on the common ground of our humanity. A reform in the law would encourage this good practice. If the law on worship and assemblies were changed, new guidance issued under the new law would doubtless continue to contribute to a better sharing of good practice in the provision of inclusive and educational assemblies, quite unlike the current requirement to provide collective worship.

In a debate in the House of Lords on 20/4/07 on “the position in British society of those who profess no religion”  she said:

‘…People sometimes ask me, “Can you not accept that religion has inspired wonderful art, music, poetry and architecture?”, as referred to by my noble friend Lady Rendell. Well, not quite. Some great religious art, in its broadest sense, was initially condemned by religion, even defaced or destroyed. In any case, I argue that those artists were displaying a creative instinct rather than a religious one. I have immense respect for many courageous and humane people who profess a faith in your Lordships’ House. While I do not support the retention of the Bishops’ Benches, I have admired brave stances by the noble and right reverend Lord, Lord Harries of Pentregarth, the former Bishop of Oxford, when he decried Section 28; and by the late Lord Sheppard, the former Bishop of Liverpool and a great cricketer, for devoting his lifeto the under-privileged. Such people and others like them would not deny rights to anyone, and would support diversity. I respect them as people, not as representatives of their faith.
I still distrust religion in its fundamental form, and am proud to be a humanist. I do not feel threatened. We are a growing number, and a more vocal group. We have a valid and important contribution to make to society. We should be consulted, locally and nationally, on issues which affect society…

In a debate on the Academies Bill on 7/7/10 she raised concerns about creationism in the “free schools” being proposed by the Government and was told “one of the core aims of the [Academies] policy is precisely that the Secretary of State should not dictate to academies what they should teach … I fully accept that if you trust people things do go wrong, but that is the direction that we want to try to go in.’

You are here: About us > Our people > Patrons > Baroness Doreen Massey of Darwen